In this short film, written by, filmed by and starring me! I look at the absurd concept that 100,000’s of climate scientists from around the world have conspired to make money from the ‘green lie’

The short film ‘The Beach House’ follows the journey of a climate scientist who tries to make some easy money lying about climate change. In this article I talk about why I made the film.

If you listen to Sky News they will try and convince you that climate change is a tactic used by rich and powerful people to make some serious coin, they often use Al Gore as an example. Their rhetoric got me thinking about how scientists could make money by lying about climate change. One strategy for making money from lying about climate change involves infiltrating countries’ science organisations such as NASA and our own CSIRO. You will need to pay off the chief scientists and most of their colleagues. I can’t begin to imagine how expensive and complicated paying off thousands of scientists and not getting one of them to spill the beans would be. Any evil organisation trying to do this would be taking a huge risk, spending billions of dollars to try and make their own science.

I tend to think scientists would be able to make far more money peddling the stories of the big fossil fuel companies with huge resources to keep them profiting from polluting the earth. The Beach House looks at a scientist who tries several ways to make some easy cash. We hope you enjoy it. I hope you enjoy ‘The Beach House’. Would love you to leave your comments. 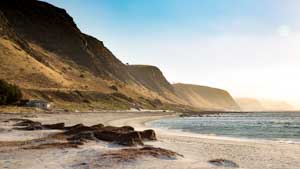 ‘The Beach House’ print is available for purchase in my image gallery.
View Print Options

Subscribe to my email lsit to keep informed of new blog posts.